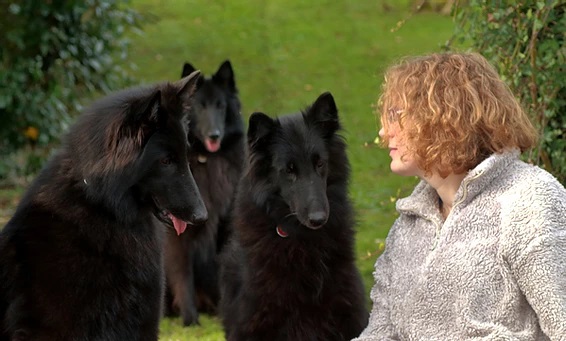 Ok blogging hasn’t always been my strong point, I have tried several times to start a blog over at Blogger and I’ve enjoyed blogging, initially. Let’s be Frank, I blogged for a few months and then stopped because I had other more important things to do. I never got round to doing the things I wanted to do so the blogs about those things never happened.

So, I hear you ask why are things going to be better this time around? Well because I have decided that my blogs should be about something that I am really passionate about. That is right, this blog is going to be about dogs and dog training. Afterall, I have dedicated my life to dogs so why should I not write about them and share some of my experiences with you, the good and the bad.

You see I am a dog trainer, I have been for the past 24 years or so… My god, that makes me suddenly feel very old! I started training dogs back in 1994, just when reward based training was becoming more popular. At that time dog trainers were talking about dominance and dogs wanting to take over the world and rule us all. I am pretty pleased to say that in all those intervening years the dogs have not managed to overthrow us mere humans and rule the word, after all that was inevitable, wasn’t it? I for one am glad that things haven’t turned out the way those trainers predicted… but then I never bought it in the first place. Using choke chains and leash pops to me didn’t seem the right way to teach my dog anything, I couldn’t even see the point in then following the leash pop up with a tasty treat as trainers told me to do in those days. So started my journey into the unknown, my search for a better way to train dogs. I did find a better way, one that did not believe that dogs wanted to rule the world. You see I started researching and learning about the science of Ethology (the study of animal behaviour), this brought me to experience proper reward based training that was based on the principles of the learning theory. Yes I found clicker training and with that I learned how to lure, shape and capture behaviours and how to get my dogs to repeat those behaviours. My dogs became more than just pets, they became my passion, my life.

Over the intervening years I have studied a lot completing various dog behaviour and dog instructors courses. I have learned from some of the best behaviourists and instructors in this country. Completed the Advanced Diploma in Companion Animal Behaviour and Training with COAPE in 2009, I also hold a Puppy Instructors certificate from Alpha Dogs which I completed in 200, have attended numerous seminars over the years and continued to learn about dog behaviour and updating my knowledge on new and upcoming training innovations. this has led to me developing my own unique style of training which is a combination of Concept and Games based training methods and clicker training.

So Yeah, I know what I am talking about and some of what I have to talk to you about might be a little controversial but that is what happens when you start questioning whether the status quo is the right way to train your dogs.