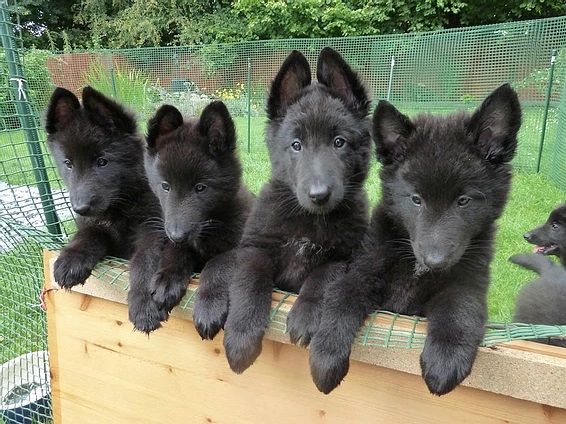 Well I said that I was going to be controversial in some of my posts. You see I have over the past few years started to wonder whether Socialising puppies is the best thing for them. For years we have been told that socialising our puppies from a young age is an absolute must, We are told that we need to make sure that they are socialised before the age of 16 weeks as after this time they will not be able to learn the social skills they need to become upstanding canine citizens. But, and there is a big BUT, when you are socialising your precious new puppy so much can and probably will go wrong if you do not take enough care when you socialise you pup, and sometimes you will find it is other people or dogs ruining the experiences you are trying manage ever so carefully.

Socialisation is about your puppy making positive association with the people, animals she meets and the environments she gets exposed to. However, if your puppy is shy or fearful than making her interact with strangers or taking her into situations she can not cope with can actually do more harm than good. This is why in my puppy classes I am extremely careful how I go about socialising any puppy that comes through my classes. It does not help your shy puppy to be confronted with a boisterous pup that launches itself at your puppy, jumps on her head and tries to play rough and tumble. In fact just one of these occurrences can actually turn your precious puppy into a quivering mess. Likewise forcing your puppy to confront her fears is equally counter productive.

Let me tell you a little secret; I really do not believe that socialisation ends at 16 weeks, yes it is true that your puppy will probably be more receptive to learning social skills during this early period, but the truth of the matter is that you will never be able to ensure that your puppy has been exposed to everything she needs to see to help her learn how to cope with life. In this is where lies the problem, because people are told that puppies need to be fully socialised before they reach the age of 16 weeks, new puppy owners only put in the effort to actively socialise their puppy up to this critical age. Once this age is past they do not think that to continue making the effort to socialise their puppy is worth their while.

Now I hear you ask how are we to teach this? Well the answer is very simple, stop forcing your puppy into a situation she can not cope with and instead start to Scatter feed near novelty. This is a simple but effective way of achieving our goal and the best thing about teaching the correct response to Novelty is that this is something that we can teach dogs of all ages, breeds and sizes.